Greenville, PA – April 8, 2021 – Hunters Sharing the Harvest tapped longtime volunteer Randy Ferguson to succeed John Plowman as executive director on March 1. Ferguson has served the organization in multiple capacities for more than 20 years, most recently as Mercer and Crawford County area coordinator. Plowman will be retiring after 30 years with the venison donation organization he co-founded in 1991.

Ferguson joins Hunters Sharing the Harvest in his new official post after serving the last eight years as director of marketing and communications for Ernst Conservation Seeds of Meadville. He has a 27-year career in communications, conservation, marketing, manufacturing, media relations, health care and agriculture.

Reporting to the board of directors, Ferguson will be tasked with further growing Hunters Sharing the Harvest’s capacity to aid the food insecure in Pennsylvania. He will be responsible for expanding the program’s base of participating deer hunters and meat processors, coordinating operations with its 60 county volunteers, and working with regional food assistance centers to identify opportunities for expanding the mission of providing high quality protein to food insecure Pennsylvanians. Ferguson will continue Hunters Sharing the Harvest’s strong relationships with business and industry sponsors, and with key governmental partners including the Pennsylvania Department of Agriculture, the Pennsylvania Game Commission and the Legislature’s House and Senate members.

“The entire board is truly excited to welcome Randy into his new role at Hunters Sharing the Harvest. His experience and skill set are exactly what we need at this critical time in our history,” said Bill Sordoni, HSH board vice-chair and chair of the search committee. “The organization has made an incredible impact under John Plowman’s leadership and we expect Randy to build on the wonderful success we’ve enjoyed for more than three decades.”

“I could not be more excited to take on the leadership role with Hunters Sharing the Harvest,” said Ferguson. “My friends John Plowman, Deb Milliron and the board of directors have developed a highly-functioning, well-respected organization that achieves its mission with a unique high efficiency of operations. Like any charitable organization, we have many challenges and opportunities to explore with eyes wide open, and with a singular focus on our mission to feed the hungry in Pennsylvania with the help of thousands of members from the hunting community and supporters of our mission.”

Plowman and the late state representative Ken Brandt co-founded Hunters Sharing the Harvest in 1991. Brandt first considered the concept of a venison donation program around 1988, and approached Plowman, who was then Director of Legislative Affairs for the Pennsylvania Game Commission with the idea. In the years since, Hunters Sharing the Harvest has expanded as a blueprint design for the development of similar venison donation programs around the country.

The program has coordinated the donation of nearly 2 million pounds of venison to the hungry in its 30-year history. Plowman has led the organization as executive director since 2002. Deb Milliron, who retired in early 2020, served as Plowman’s assistant since that year as well.

“While I’ll miss the hunting season and documenting the immensely positive impact this program has had on the quality of so many lives, HSH will be in very capable hands under Randy. He’s been an exceptional county coordinator for us and will be an even greater leadership asset bringing on fresh new ideas and successes in the future,” said John Plowman

In addition to his professional experiences, Ferguson has served and is serving in number of volunteer roles including the Pennsylvania Outdoor Writers Association, where he currently serves as the supporting member representative, and the board of directors of the Penn State Behrend Alumni Society. He is a member of the Agricultural Relations Council, Public Relations Society of America, and National Agri-Marketing Association. One of Ferguson’s volunteer highlights came while with the United Way of Western Crawford County, where he founded the United Way Pro-Am Bass Classic Team Tournament in 2005. This event remains the largest annual fundraising event for the United Way after 16 years.

Ferguson lives in Greenville with his wife Monica and the couple’s Hungarian vizsla, Timber. The couple have three adult children, Laurel and her husband Patrick, Evan, and Raina; and three grandchildren, Evelyn, Adaline, and Samuel. 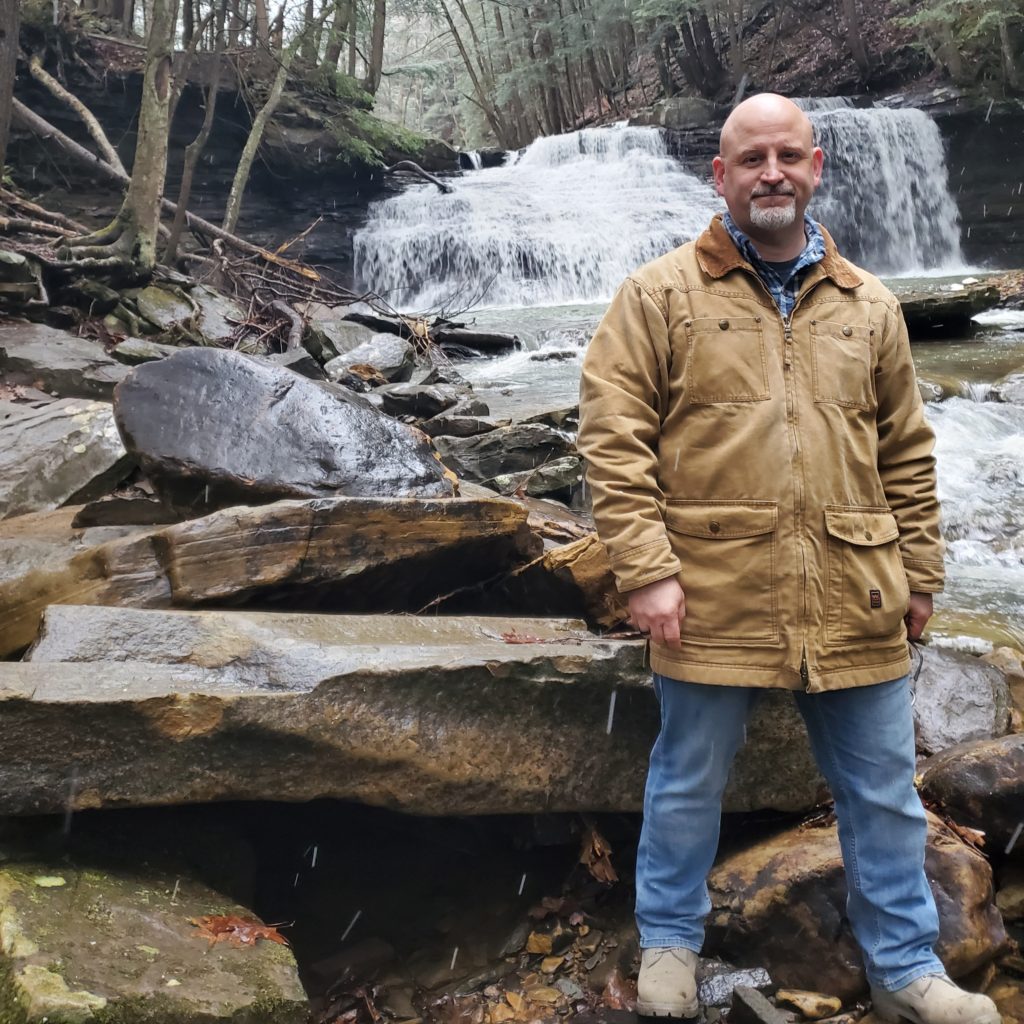